With the help of parents believing the importance of a Christian education, Red Hill Lutheran School was founded in 1961 and began with 14 kindergarten students. Pastor Showalter, the church’s pastor, was the school’s first principal and remained the principal until 1966. The principals that followed him assisted in the contribution of the school’s growth and stability, while using their expertise to hire administration and staff to further the Christian school program in the right direction.

Ground was broken for a six room educational building on May 8, 1960. The building was dedicated on November 13, 1960. Additional buildings were added for administrative offices in the 1970's. In 1971, the school held all grades levels, Preschool through Grade 8, for the first time.

As noted in the 20 year church anniversary booklet the yearly tradition has been building and entering a float in the Tustin parade each fall. This tradition continues with an entry each year in the Tustin Tiller Days parade.

During the years 2000-2007, our school was led by Mrs. Leslie Smith. Under her direction, the enrollment continued to grow and the facilities took shape with new playground equipment and facility improvements. Ms. Cindy Jordan was our Principal 2007 - 2016. During this time a new church and school facility, the Christian Life Center,  was built and opened and our school celebrated its 50th anniversary.  Mr. Paul Marquardt was welcomed as the Red Hill Lutheran School Principal in July 2016.

Red Hill Lutheran continues to grow each year with the 2019-2020 school year student total enrollment of 460. Our history is still in the making!


On right:
Image 1 & 2- June 1960, Classroom Construction Begins
Image 3-  Circa 1963, School Students Pray in Their Newly Built Classroom
Image 4-  October 1987, Ground Is Broken For The Administrative Offices (This is the Same Shovel Used To Break Ground for the Main Sanctuary 30 Years Prior)

“O Lord, you alone are my hope, I’ve trusted you since childhood.” Psalm 71:5 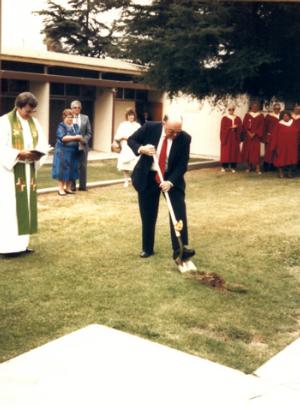 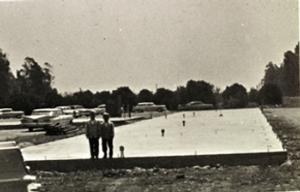 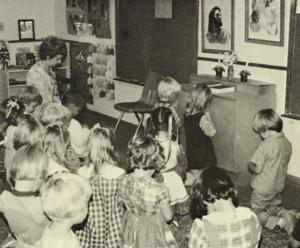 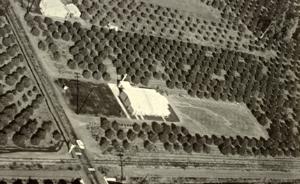